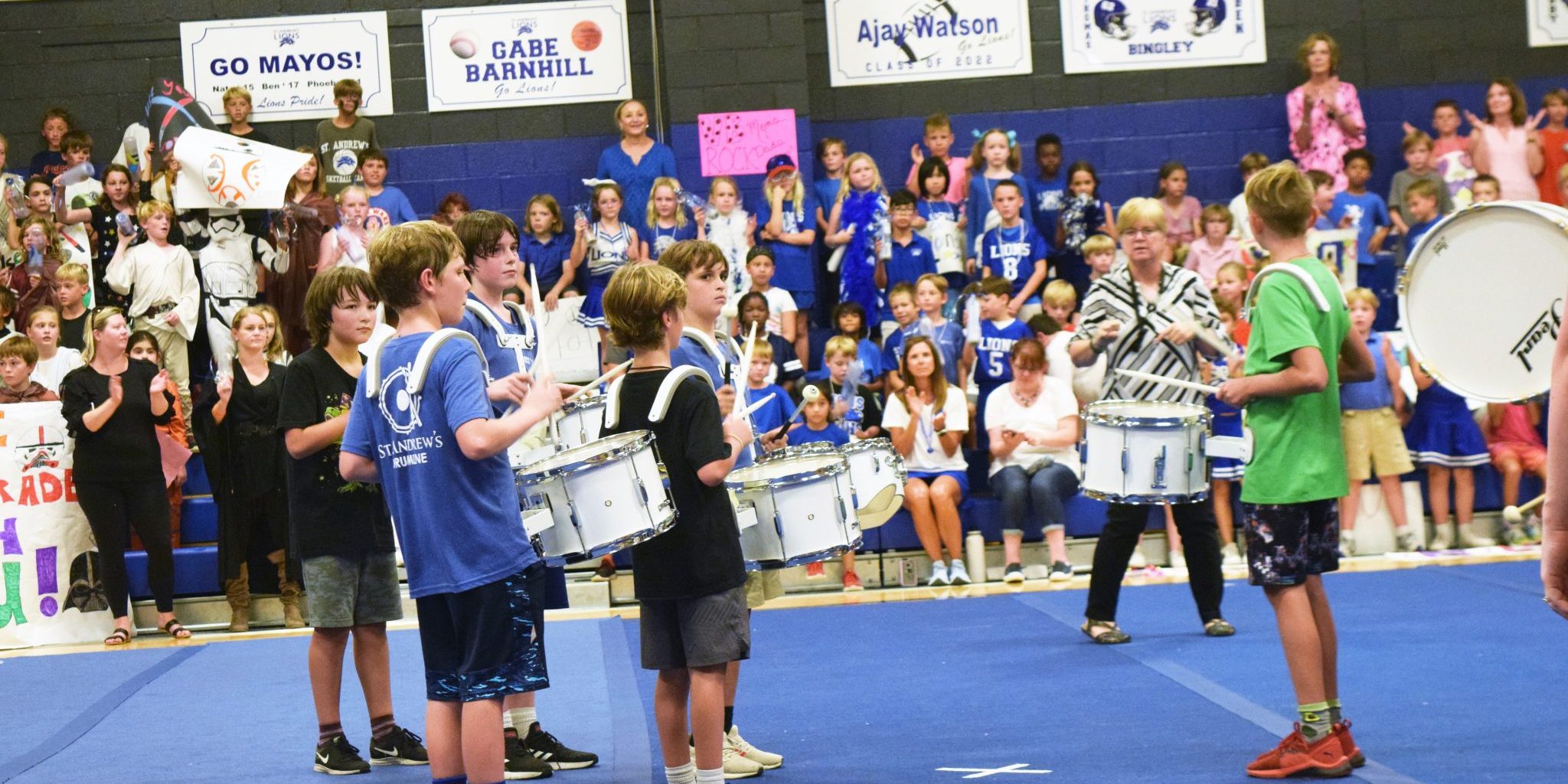 When the SAS Drumline made its first appearance last year at an all-school pep rally, jaws dropped. It was a well kept secret that Band Director Mary Dahlin was putting together a drumline with Middle and Upper School drummers.

“I had an abundance of drummers in the band and knew I needed to take advantage of the opportunity,” said Mary Dahlin.

This group of drummers spent an entire semester working on the fundamentals, perfecting their skills. The marching component did not come until much later. Now these students are marching all over campus as they practice several times a week.

“As soon as you hear the drum cadence, you can’t help but feel good,” said Dahlin.

Dahlin deserves the credit for creating the drumline, and she has the experience to make it a success. She participated in marching bands in Junior High, High School, and at the college level as part of the University of Georgia’s Red Coat Band.

The drumline is now 14 members strong and busy preparing for their first parade, Tybee’s Christmas Parade on Friday, December 6 at 6:30 p.m.